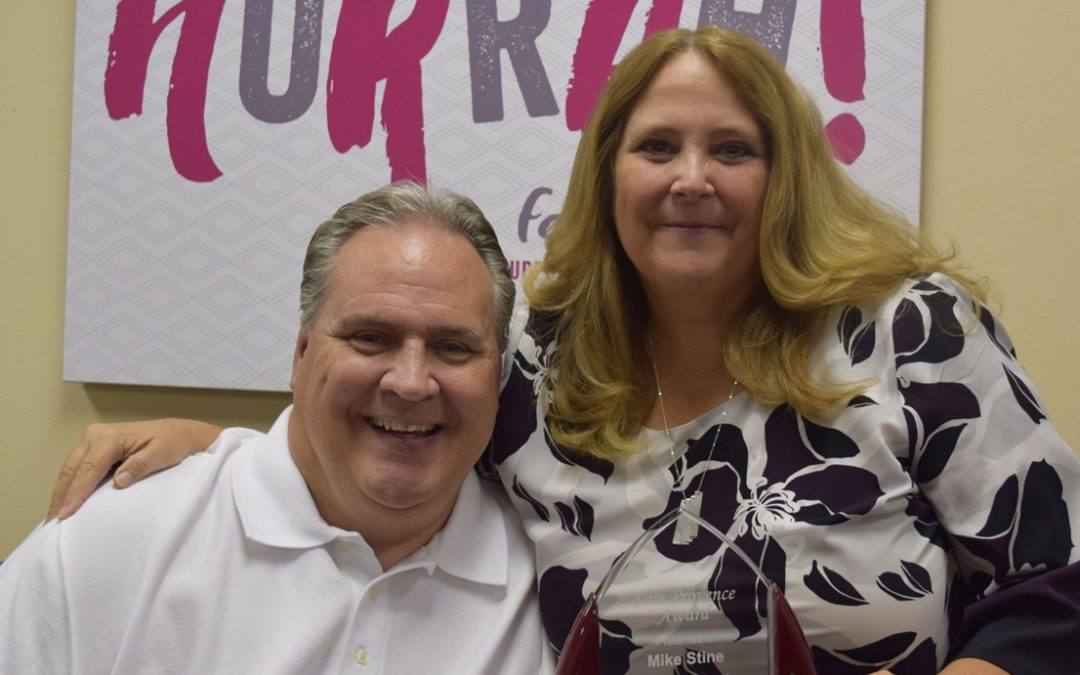 On a December day in 2012, Mike and three of his friends were just beginning a “Wild Hogs Weekend” motorcycle trip from Flower Mound to Granbury, TX. The trip quickly turned from fun to tragic when Mike hit gravel on the shoulder of the road and lost control. He was flown to Baylor Hospital in Dallas with his back broken in 8 places, a broken collarbone, broken femur, and a traumatic brain injury. Lucky to survive, Mike is now living in a wheelchair with a C-7 complete spinal cord injury. Mike wakes each morning renewed in his faith and passionate about helping others.

Mike is a board member of the Neuro Assistance Foundation (NAF) and a Certified Peer Mentor with the Christopher Reeve Foundation. He is a personal mentor for NAF’s clients. In the course of a year, NAF will serve over 150 people. Mike talks to almost all of them, giving encouragement and hope in the midst of the sudden diagnosis that they have just received.

One day, NAF received a frantic call from someone in Lubbock regarding a 19-year old young man who had suffered a spinal cord injury. The young man had stopped eating, determined to die. When the call came in, begging for help, Mike said he would be there, without fail, the next day. Mike drove 5 hours to get to Lubbock and met with the young man for 3 hours. He then got in the car and drove 5 hours back home, because he did not have the right equipment to stay in a hotel. Mike saved that young man’s life. He is now enrolled in a research program at Texas Tech University where his doctors say he is flourishing.

If all of that isn’t enough, Mike also chairs the Golf Classic Committee to raise money for NAF. Additionally, he works one evening a week at a boy’s ranch for at-risk teens. He has also found time to start his own non-profit to help Christian men be better husbands, fathers, and gentleman.

Mike was nominated for the Sam Provence Award by Cindi Cooperman, Executive Director of the Neuro Assistance Foundation. Cindi says, “Honestly, I don’t think I’ve ever met a more wonderful, inspiring, altruistic person in my life…There’s really no way to fully capture Mike’s impact on paper. He’s just too big and wonderful!”

This article was taken in large part from the nomination letter written by Cindi Cooperman. It has been edited for brevity.